Enrolling the Class of Covid-19

Originally published by The Chronicle of Higher Education on September 29, 2020 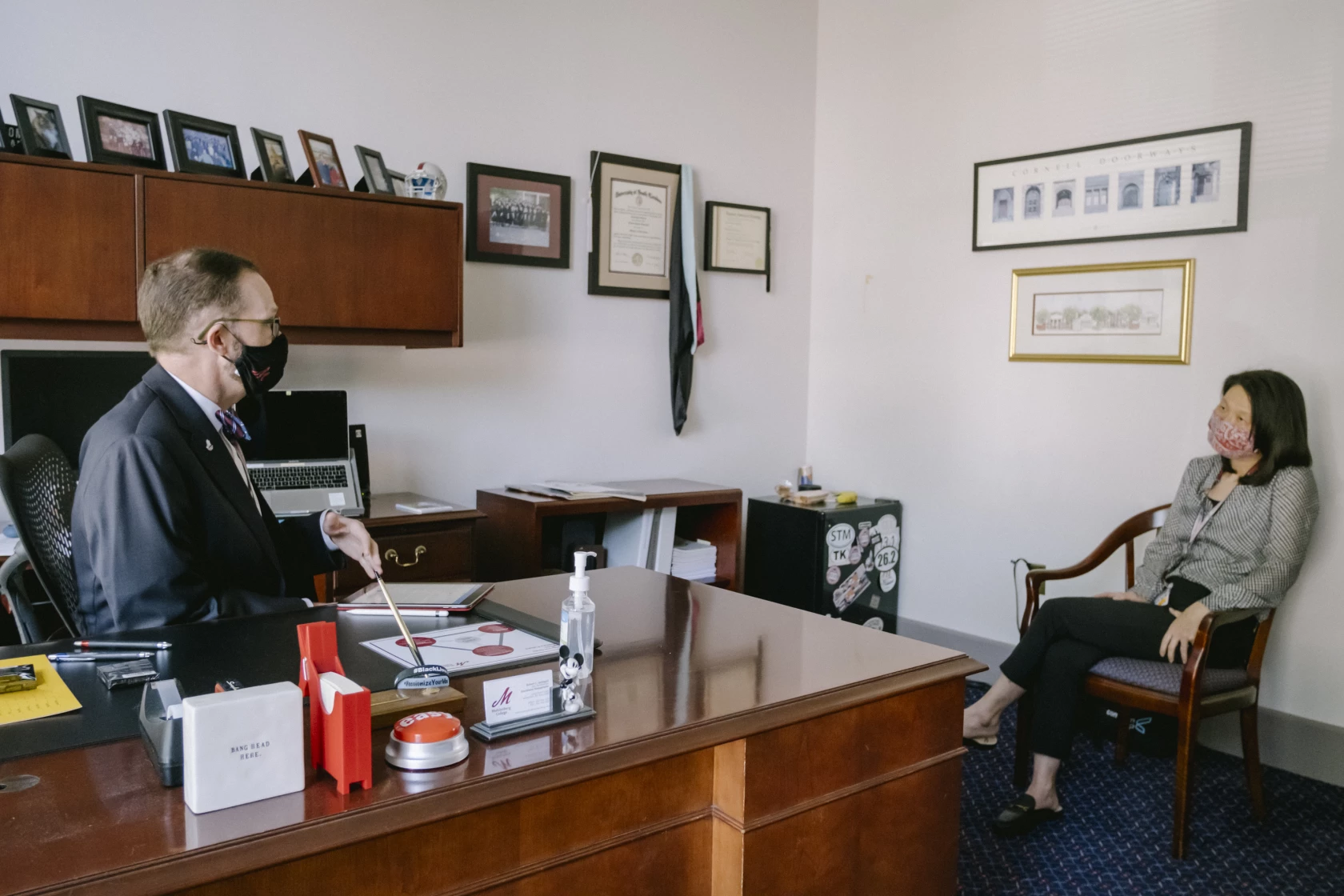 In late August, Robert G. Springall looked out his office window and saw a man holding a phone chin-high. He was taking a panoramic shot of the sun-washed campus, as parents often do on move-in day. For a second, the world felt normal again.

Springall, vice president for enrollment management at Muhlenberg College, had studied spreadsheets until his eyes burned. They told him how many freshmen planned to enroll, how much revenue was at stake. But the sight of the father snapping pictures reminded him of something even more important: For many families, this was a monumental moment.

This year, though, the moment felt fragile, like the first page of a book that might dissolve in your hands. An outbreak of Covid-19 could send everyone home. The virus shredded all surety.

And it all but mocked Springall’s job. A vice president for enrollment management must bend chaos into order, conquer uncertainties, and deliver The Class the College Needs. But the pandemic had blunted the tools of his trade: No predictive model accounted for a deadly, globe-crippling threat; no algorithm revealed how many freshmen would show up. Or if bringing them to campus was the right thing to do.

This is the story of how Muhlenberg — a small, tuition-dependent institution in an ultracompetitive market — navigated the spring and summer of 2020, as seen through the eyes of a seasoned enrollment official. Springall, a trim 51-year-old who typically seems jacketed in an extra layer of calm, helped lead an all-hands-on-deck campaign of constant communication, careful planning, and rapid adjustments. The college sought to preserve a sense of community, its signature offering, in a socially distanced age. Though science shaped the answer, getting through was an act of faith.

By late August, a skeptical nation was questioning colleges that had fully or partially reopened their campuses despite the raging pandemic. Students, faculty, and staff asked if their institutions had moved too hastily, or even recklessly. Surely some did, succumbing to excessive optimism, or internal pressure to protect revenue, or external demands to keep the show going, or all of the above.

This was a test with no answer key. A behind-the-scenes look at Muhlenberg reveals the complexity of what many colleges confronted. Springall and his colleagues at Muhlenberg agonized over questions about how to balance their institutional mission with health-and-safety concerns while reimagining their offerings and trying to shore up enrollment. It was exhausting.

On move-in day, Springall wore a black mask with a red M. He greeted a few families from afar: “Welcome! Great to have you here.” None of them could’ve known how deeply he meant it after 22 doubt-ridden weeks.

It was going to be a good year. Springall believed that in February, after Muhlenberg received a total of 4,543 applications — an 8-percent increase over 2019. With nearly 50 more early-decision commitments than the previous year, the college was poised to exceed its goal of 550 freshmen.

At a staff party for a colleague, Springall ended up with a small bottle of Korbel champagne, which he carried back to his office and stuck in the minifridge. He would pop the cork on the first day of classes this fall, he figured, to celebrate the big Class of 2024.

Then Covid-19 came. Muhlenberg, which had been tracking the spread of the virus, announced its closing on March 10, before many colleges did the same. The campus newspaper called the announcement “catastrophic.” Students and parents emailed administrators to express their outrage, saying that the threat of the virus was being exaggerated, that young people weren’t really at risk.

Most students had to leave the campus by March 14. Four days later, Pennsylvania reported its first Covid-19 death.

As the nation shut down, Muhlenberg’s admissions office kept turning the wheels of the admissions process. Staff members stayed on the campus to assemble and mail packets for 2,582 accepted regular-decision applicants. Even in a digital world, many teenagers like holding a letter in their hands.

One problem: Those letters, many of which Melissa Falk, dean of admissions and financial aid, had already signed, referred to an April 18 on-campus event for accepted students. No one knew if the college would reopen by then. So admissions officers yanked the invitations from each packet. Falk drafted a new letter, printed 800 copies, and signed each of them again.