How Has the Pandemic Affected Graduate Students? This Study Has Answers

Originally published by The Chronicle of Higher Education on September 3, 2020 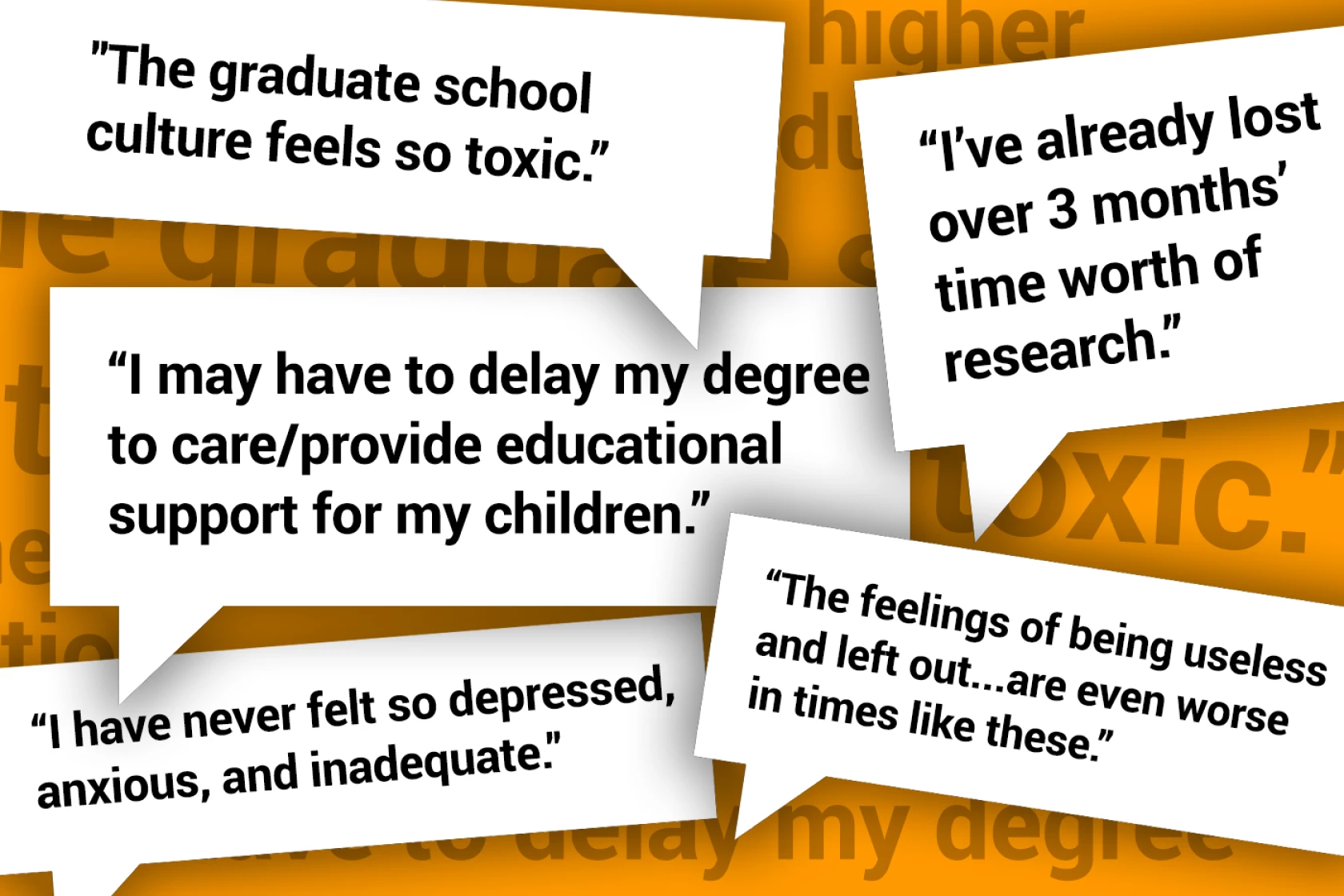 The pandemic has posed a unique set of challenges for graduate students, who find themselves navigating a new educational environment as both students and instructors. Now, a new study quantifies just what those challenges are.

Funded by the National Science Foundation, the study asked more than 4,000 graduate students at 11 institutions — including one historically Black college and two Hispanic-serving institutions — across the country about their experiences with the pandemic. That large sample size makes it one of the most comprehensive surveys of graduate-student experiences of Covid-19 to date. The team of eight researchers at four institutions (none of which was in the survey) provided a preliminary report of their findings to The Chronicle. (They said they planned to expand the report and submit it for peer review.) Here’s what they found.

Concerns About Food and Housing

About a quarter of the respondents indicated they’d experienced at least some food insecurity, and the same proportion said they’d struggled with housing insecurity. For many, that uncertainty stemmed from not knowing whether their institution would reopen in the fall, or whether they’d be able to get out of their leases. In open-ended comments, many students wrote that their institutions had set up food pantries, which they found helpful, said Rachel A. Smith, an assistant professor of higher education and student affairs at Iowa State University and a member of the research team.

More than two-thirds of the graduate students reported low well-being, as measured by the World Health Organization’s five-point index, while about a third said they’d experienced symptoms of anxiety or depression. And 31 percent reported they’d had symptoms consistent with a diagnosis of post-traumatic stress disorder.