Originally published by BisNow on January 22, 2020 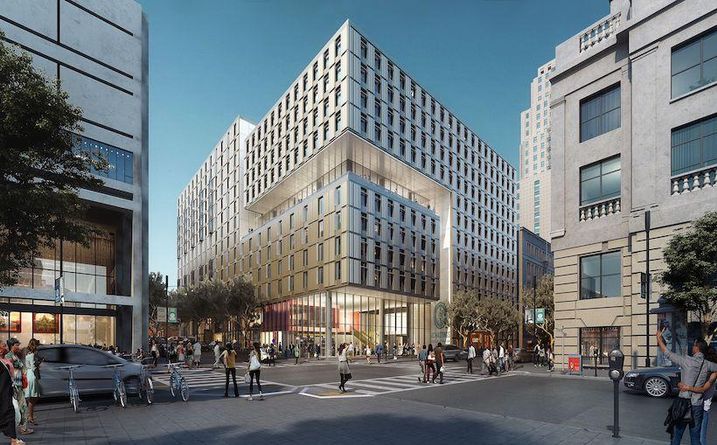 The Bay Area’s public and private student-housing producers have no easy task when it comes to competing with the region’s office and market-rate residential developers for land and investment.

But UC Hastings College of Law and a few others may have a decent answer, especially for the Bay Area’s myriad small and midsized colleges and universities, UC Hastings Chief Financial Officer David Seward says.

By May, UC Hastings expects to break ground at 198 McCallister St., where a 14-story, 650-unit student housing and academic building will be constructed and shared with UC San Francisco, Seward said, speaking on one of the panels at Bisnow’s Bay Area Student Housing Summit.

Part of the school’s planned academic village, which will include space for UC Hastings, UC San Francisco and other schools, the McCallister Street project represents a “multi-institutional” tack Seward and other panelists think could allow for more student housing to pencil.

“The challenge is really about how to scale,” Seward said. “Trying to achieve financial feasibility with a small school is inherently challenging, and we’ve addressed that by looking to our academic brethren and partnering with them to provide those students with housing opportunities, as well as to achieve the economies of scale.”

Real estate giant Greystar, which will develop Hastings’ $450M academic village, owns a handful of multi-institutional buildings in London. But the approach is much less tested in the U.S., according to Greystar Senior Managing Director Julie Skolnicki.

One example is the University Center of Chicago, an 18-story dorm for almost 1,700 students across multiple universities in the city’s South Loop area. Similar buildings are few and far between in the U.S.

“In the U.S., there typically haven’t been a lot of student-housing developments that cut across multiple universities,” Skolnicki said. “San Francisco is truly unique, so we see it as a pacesetter.”

The Dinerstein Cos. West Coast Partner Josh Vasbinder, whose company recently broke into Berkeley’s student housing market with a $180M portfolio acquisition, said creativity across the board is a must to make student housing projects work in the Bay Area.

“You’ve got to be creative in finding multiple users to come into a space, or finding a nontraditional building that you’re retrofitting,” he said. In some cases, that creativity also extends to using faculty housing development to help fund more affordable student housing units.