Originally published by The North Bay Business Journal on September 9, 2019 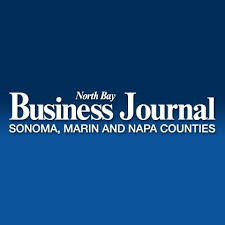 “Want more evidence that times are changing? Look no further than college life.

It wasn’t so long ago when community colleges were primarily considered commuter colleges, and students wanting to live on campus would have to attend a University of California (UC) or California State University (CSU) campus.

But nowadays, 11 of the state’s 114 community colleges have added on-campus housing, and three more are in various stages of development. One already underway is Orange Coast College in Southern California; the other two are in the development process — and happen to be in the North Bay: Napa Valley College and Santa Rosa Junior College.

SRJC just completed the design phase of its $47 million five-story development, with capacity for up to 378 students. The housing will be located at Elliot Avenue and Armory drive, next to Highway 101, where there’s also a proposed pedestrian bridge.

SRJC started talking about pursuing on-campus housing in 2015, then “things accelerated exponentially” after the October 2017 fires, said Frank Chong, president of SRJC. He appointed Pedro Avila, vice president of student services, to take the lead on developing the project.

Now that the design has been finalized, SRJC and the project developer, Texas-based Servitas, will put out a request for proposal to finance the project as a public-private partnership, or a P3. The project also is moving into the approval and permit process with the Division of the State Architect, which can take between six and nine months, according to Avila.

An open forum with the community is set for Wednesday, Sept. 11, and a campus meeting will be held the next day.

“Now that we have a finalized design, this is that next step,” Avila said.

If all goes as planned, the project will be financed and breaking ground in November 2020, and ready for occupancy for the fall 2022 semester.

Servitas provided projected rental rates with the stipulation that the numbers don’t account for inflation or final construction costs. Projected prices for the homes go from $843 per month to $1,321 per month, depending on the size of the unit.

The lack of affordable housing, food insecurity and different needs among the community college population are the big drivers for Santa Rosa Junior College to pursue on-campus housing, according to Chong.

SRJC’s students in need of housing also include 800 homeless students, as well as former foster children who are experiencing “extreme hardships” as adults, Chong said.

“We’re hoping to do some fundraising with our foundation to subsidize some students,” Chong said. “So potentially, you can get a donor who can buy an apartment and then let the student (live there) for a reduced rate.”

In recent years, there’s been a growing awareness that more community college students are food insecure or homeless, and that one solution is to build on-campus housing, said Colleen Ganley, program specialist, educational services, at the California Community Colleges Chancellor’s Office, a Sacramento-based state-funded agency. She noted that not all community colleges have enough space to accommodate on-campus housing.

“Last year, the legislature provided funding for us in the 2018-2019 budget to conduct a basic needs survey across our system,” Ganley said.”

More and more community colleges are adding student housing to help support their mission. In fact almost 30% of two year institutions offer some form of accommodations. However, as with all campus projects, there are risks and rewards. Scion has been thrilled to work along side these valuable institutions as they seek the housing solutions that are right for them.