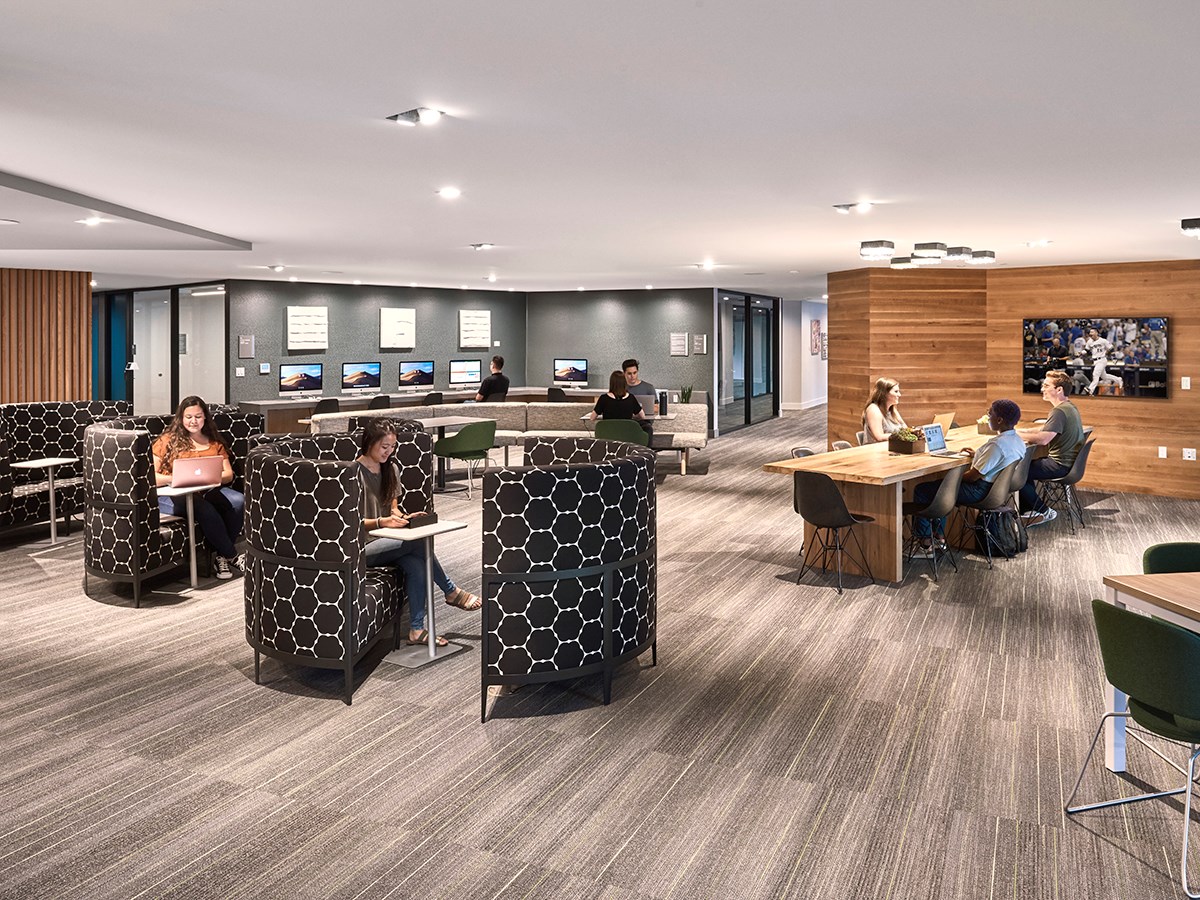 The University of California is known for its commitment to sustainability especially since launching its carbon neutral policy. When Plaza Verde student housing opened in September 2019, the Net Zero project (currently awaiting its official LEED Platinum certification) was touted by the Provost as the greenest housing facility in the entire UC system.

“We think it’s safe to say it’s [also] the greenest student facility in the country,” said Jason Wills, chief marketing officer of student housing REIT American Campus Communities which developed the project. Wills adds, “Sustainability can be comfortable, homey and affordable. It does not have to feel different or compromised. Plaza Verde is a perfect example of that.”

The fully furnished apartments at the five-story, 1,441-bed property were designed with the convenience—and budgets—of students in mind. They do not have to pay a premium to live in LEED Platinum housing. Starting at $789 per person, Plaza Verde’s rents are in-line with other ACC-Irvine projects and, according to Wills, they continue to be approximately 20 percent less on an “apples-to-apples” comparison to other student housing communities in the market.

“LEED Platinum certification is a side benefit of the efforts to design an extremely high-performing building, but the main goal was to achieve the University of California’s overarching Net Zero energy goal for all new buildings on their campus,” said Ben Kasdan, AIA, LEED AP, associate principal with KTGY Architecture + Planning which designed the building. KTGY partnered with interior designer CRA Design for the common area interiors and finishes in the units.

Plaza Verde includes an all-electric system that eliminates the need for natural gas and uses new technology, such as heat pump water heaters and an electric outdoor grill system, among other efficient appliances. “We quickly decided that this building would not have any natural gas service, as natural gas is a non-renewable energy source,” explained Kasdan. A typical energy-efficient strategy for providing hot water in large buildings would be to use a central boiler system, but at the moment there is no such thing as an electric boiler system that can serve a building this size. So individual electric water heaters and heat pumps were installed for every unit.

Read the full article on MultiHousingNews.com.