Originally published by The Chronicle of Higher Education on July 15, 2020 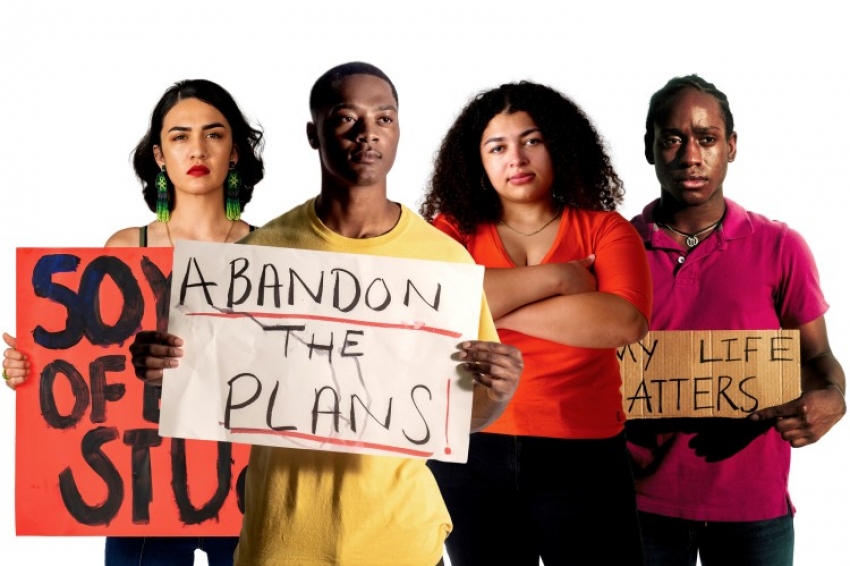 Defunded police. Inclusive coursework. Faculty members who look like them. Students demand radical change for racial justice, and they’re not backing down.

There was a time when stripping a racist’s name from a building would have been celebrated as a breakthrough for racial justice in higher education. Today, it’s accepted as a starting point.

As the Covid-19 pandemic and outrage over police violence converge, college students are demanding radical change. They want Confederate symbols toppled, police departments defunded, coursework diversified, departments restaffed with people of color, and a host of other actions.

“We’re past the point of conversation and reforms and panels,” said Maliya Homer, president of the Black Student Union at the University of Louisville. “We can’t panel our way out of this oppressive system that controls us.”

For students like Homer, these issues are personal. On a daily basis, they face fear, frustration, judgment, and ostracism because of their race and ethnicity, and their demands are shaped by those common experiences.

The Chronicle spoke with four student activists, each shedding light on a single demand.

The demand: Sever ties with the police.

The activist: Maliya Homer, president of the Black Student Union at the University of Louisville

When Breonna Taylor, a 26-year-old emergency medical technician, was shot to death by Louisville police officers who crashed into her apartment in the middle of the night, it was a jarring reminder for Maliya Homer of how vulnerable she felt as a Black woman.

Homer, president of the University of Louisville’s Black Student Union, had been disturbed for years about accounts of local police officers questioning Black and brown students for behavior that wouldn’t have raised suspicion if they were white. A Mexican American friend, wearing a hoodie and walking to the library, was asked where he was heading. A white student driving with two Black passengers said a police officer pulled out her gun when they asked her for directions.