Originally published by The Kansas City Star on October 26, 2019 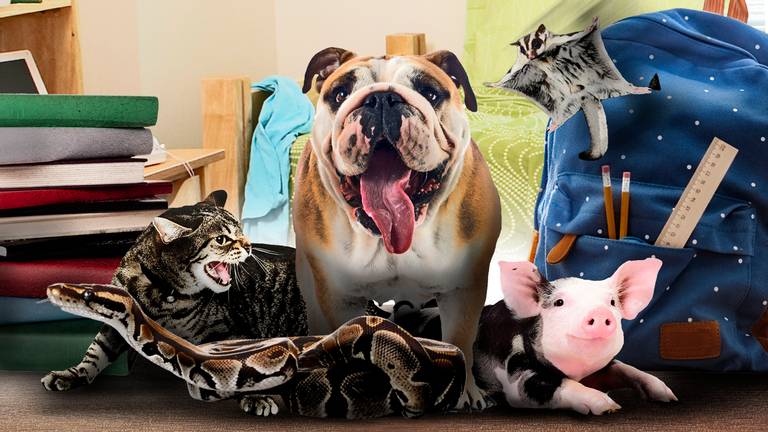 “At 18 years old, the Johnson County teen was already a bit stressed about moving to college in Illinois — unknown place, new people and all that.

But never did she anticipate that when she arrived this semester, not only had one of her suite mates brought a rambunctious 30-pound dog as an emotional support animal, or ESA, but the dog, barely 6 months old, seemed all but trained.

It may be an emotional support for one uncertain student, but for some suite mates it’s been an emotional pain.

“I’m not anti-dog. I’m not anti-ESA,” declared the student, who didn’t want her name used because she likes her suite mate, and the dog issue is sensitive. “The college didn’t give out any warning that there would be a dog in the suite.”

More than that: “I’m allergic to cats and dogs,” she said. When the dog’s owner is away, “you can hear the dog whining at night,” she said. The dog has vomited on the carpet once and urinated twice, including once on another suite mate. The place sometimes smells.

“They haven’t cleaned up any of his messes,” said the student, who already plans to make sure she is not in a room with another emotional support dog come next year.

Colleges nationwide are seeing a significant rise in the number of students arriving on campuses not only with books and bedding, but also with therapists’ letters requesting they be allowed to keep all manner of emotional support animals in their rooms. Unlike service animals, such as those used for visually impaired students, emotional support animals act as living salves to help students deal with everything from generalized anxiety to serious mental illnesses like depression and bipolar disorder.

Five years ago, Kansas State University officials received only a single request by a student to keep an emotional support animal in a dorm room. This year they’ve received 42, of which 23 were approved. They have 31 such animals on campus now, mostly dogs and cats, as is the case at most colleges, but there’s also an emotional support rat and guinea pig.”

Read the full article on KansasCity.com.