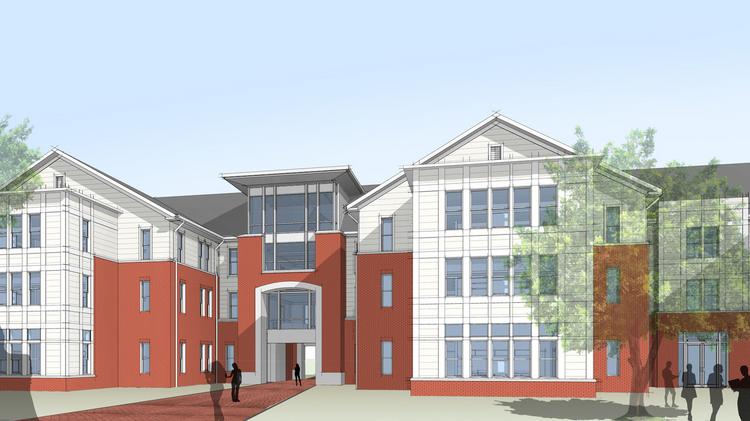 The project will also involve the demolition of older student dormitories and the renovation of former fraternity houses owned by the Delaware private liberal arts university. Ohio Wesleyan has about 1,500 students.

“This is probably the most significant facilities project the university has ever undergone at one time,” said Dwayne Todd, vice president for student engagement and success. “It’s a massive project.”

The plans, which could take up to six years to come to fruition, are coming in light of feedback from existing and prospective students, Todd said, as well as deferred maintenance.

“As buildings do, they deteriorate over time,” Todd said. “We had not kept them up as currently as we need to do. Over time, issues compound. We decided we needed to invest the money in these assets because they’re important parts of the student experience. The buildings were not desirable. We decided we couldn’t wait any longer.”

The first phase of the project, which will cost about $30 million, will involve building a 126-bed apartment building for seniors on empty land, at the corner of South Liberty Street and Park Avenue in Delaware. The university will also renovate half of Smith Hall, the largest residential hall on campus, which was built in 1968.

Read the full article on BizJournals.com.