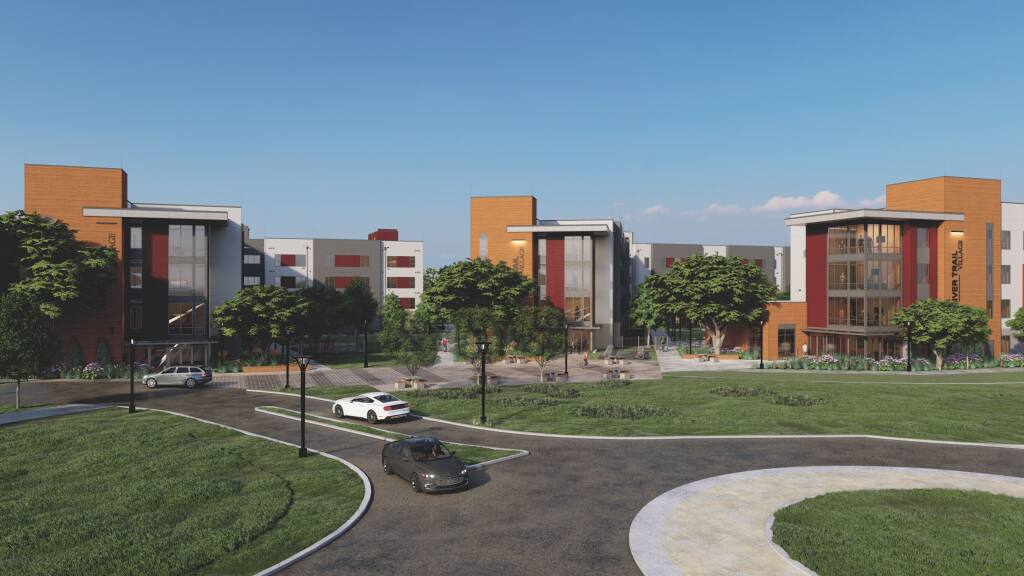 Napa Valley College is getting closer to breaking ground on its on-campus housing project that aims to drive enrollment and which college officials say will make it more affordable to do so.

If the current timeline holds, the student residences will be completed in fall 2024, with leasing starting a year earlier, according to the college. The project had been expected to break ground a year ago after receiving approval in January 2020, but was delayed because of the pandemic, according to college officials.

At an estimated cost of $83.3 million, the on-campus housing project will be funded through a public-private partnership, or a P3, in which a nonprofit organization leases the ground where the housing is constructed, and issues tax-exempt bonds to fund the project, the Business Journal previously reported.

“It’s a 40-year ground lease, (which) typically is about 34 to 35 years,” Ann Volz, senior project executive at Scion Group, stated during the March 24 public forum. Once the bonds are completely paid off, she added, ownership goes back to the college. The Scion Group is a student-housing advisory organization based out of Chicago.

The on-campus housing complex, which will have more than 400 beds, is being spearheaded by Oakland-based developer The Martin Group and Newport Beach-headquartered HPI Architecture.

River Trail Village will be located north of the campus at the student entrance on Magnolia Avenue. The site was one of several considered on the college’s grounds during the development of its master plan in 2015.

Two of the three buildings will be apartment-style residences — one furnished, one unfurnished, and the third will be a residence hall. In total, there will be 90 units with 412 beds that can accommodate approximately 600 students, including relatives, according to college and project officials.

Monthly rental rates are currently projected to range between $917 and $2,310. Utilities and Wi-Fi will be covered, as well as furnishings for the furnished apartments, Volz said.

The pandemic also exacerbated the need for affordable housing in Napa, as an influx of residents from crowded cities resulted in higher rental rates in the county and other outlying areas, Volz noted.

“There’s a lot of job opportunity in Napa, but the students can’t afford to live here to access the job opportunities,” said Volz, referring to findings from market and demand analyses Scion Group conducted over the past several years. “What they shared with us is they would be able to take more classes and have a higher income rate if (affordable) campus housing was available at Napa Valley (College).”

College officials have previously stated one of the key motivators to providing on-campus housing was to increase enrollment.

The college as of Feb. 9 had reported a 12% enrollment drop for the spring semester compared to a year earlier, the Business Journal reported in a Feb. 25 story.